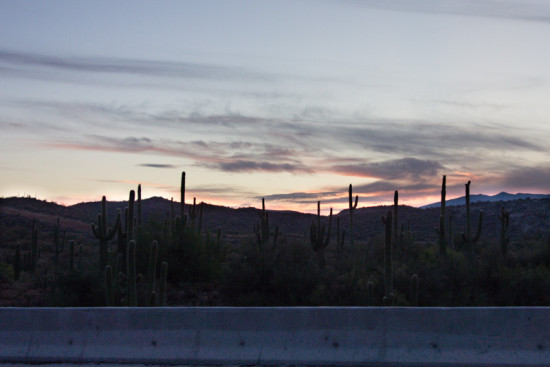 The train from Gallup arrived in Flagstaff around 11pm so I arranged for my first couchsurfing stay of the trip. I biked up to Ron’s house (my host) and let myself in since he had already gone to bed. The next morning, Ron took me out to breakfast and let me do laundry at his house while he was at work. It was an amazing first couchsurfing experience. I rolled out from Flagstaff around 4pm for a mostly downhill 30 mile ride to the town of Sedona. After a series of switchbacks, Hwy 89A entered Oak Creek Canyon and paralleled Oak Creek all the way to Sedona. Soon, I was surrounded by dense forests and gorgeous red sandstone formations. It wasn’t the Arizona I had expected! I squatted down for the night at a group campground just south of Sedona that was closed on weekdays. It was easy enough to squeeze around the gate with Toby and find a spot to pitch my tent on the far side of the campground from the camp host’s trailer. 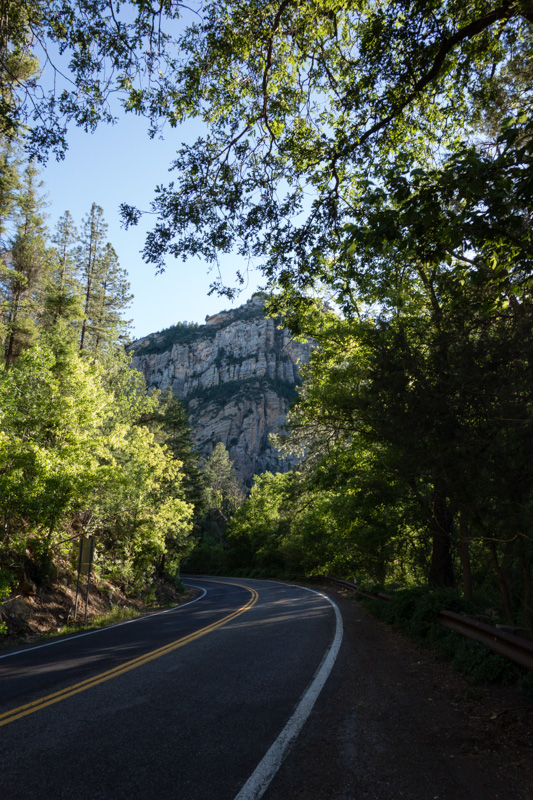 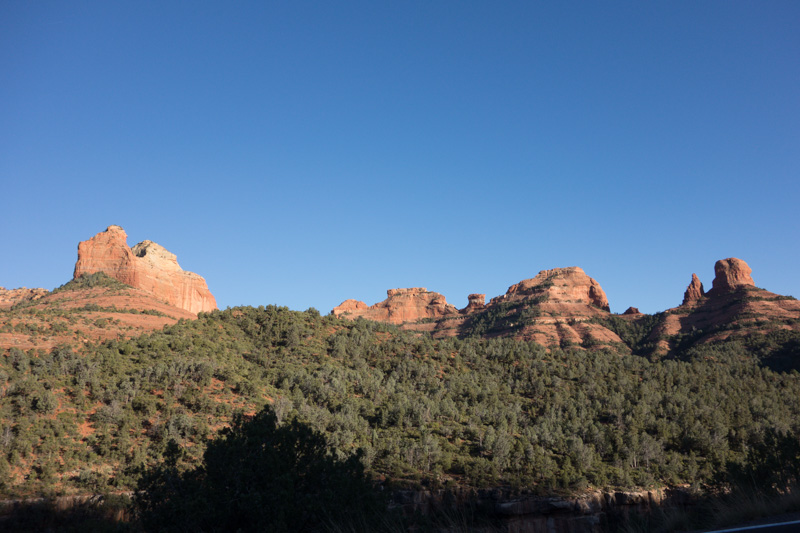 Flagstaff sits at 7000 feet and I dropped 3000 feet to get to Sedona. At the lower elevations, heat was definitely going to be a factor the rest of the way to Tucson. With this in mind, I left before sunrise the next morning to make the two day push along Interstate 17 to my friend Adam’s place in northern Phoenix. I spent the next night in Black Canyon City in the dirt parking lot of Rock Springs Cafe (I got clearance from a bartender who had worked there almost 30 years). By 9am the following morning, I made it to Adam’s apartment. 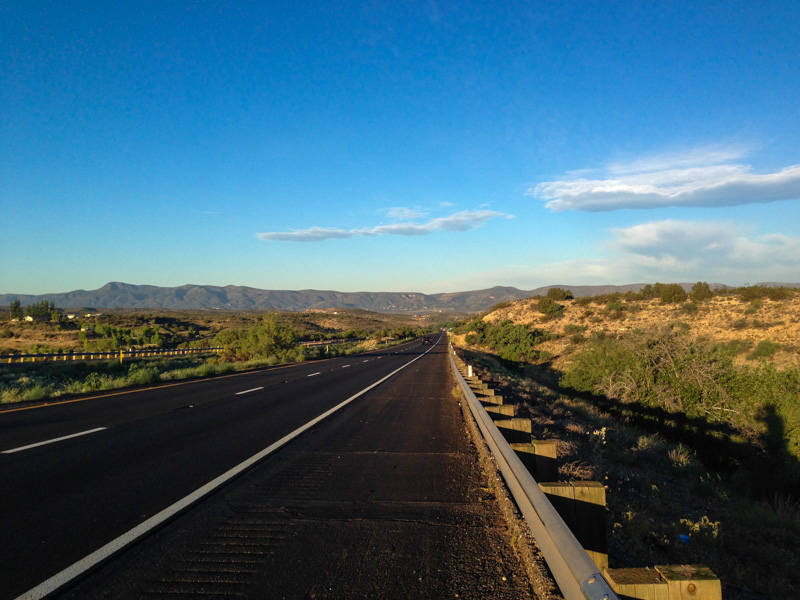 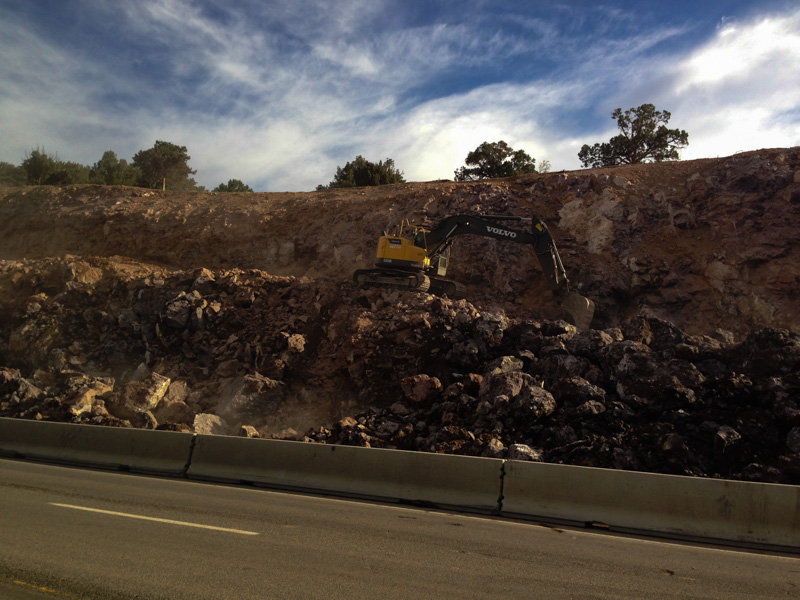 Caught a ride through this construction zone 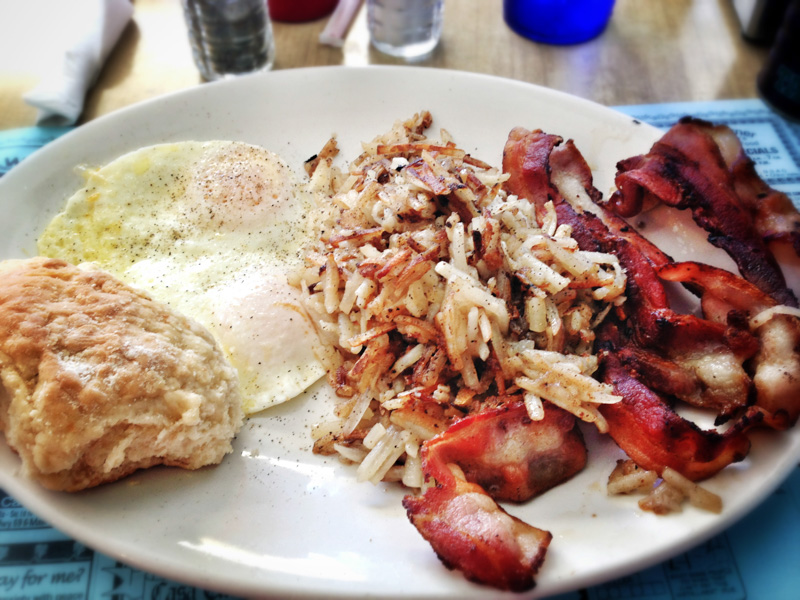 Best breakfast of the trip 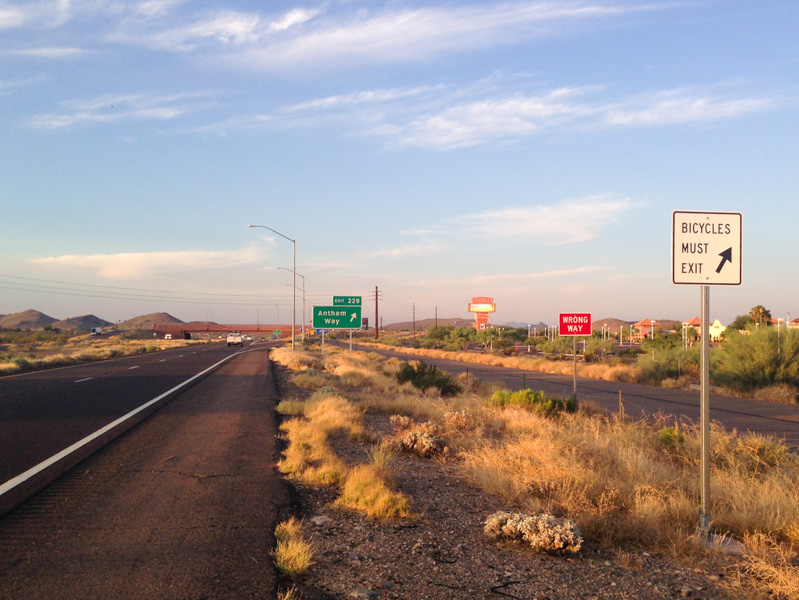 Exiting I-17 to take frontage roads in northern Phoenix 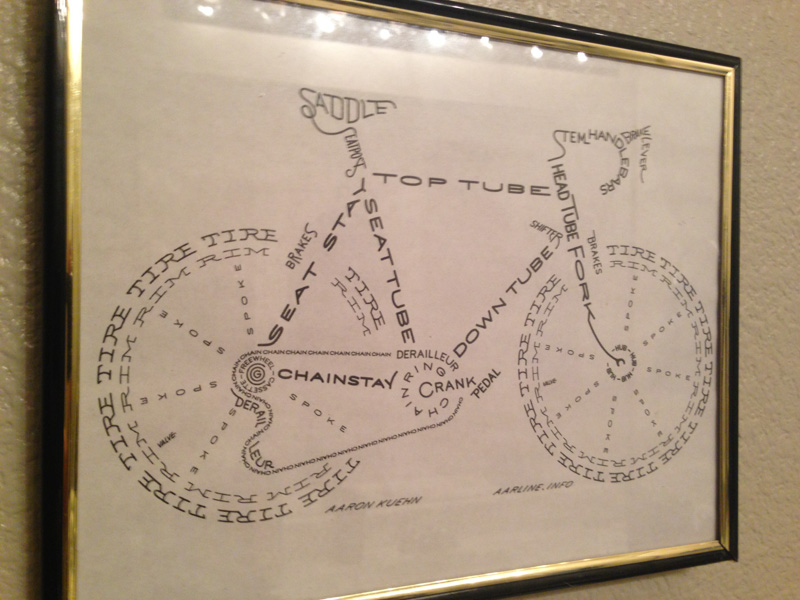 On the wall in Adam’s bathroom

It was great to have a shower and a home-cooked meal after two nights of camping. I started early again the next morning with plans to reach a suburb in southern Phoenix called Queen Creek. I made arrangements with another couchsurfing host to have a place to crash for the night. The ride through Phoenix was a lot of fun because my route followed canal levees most of the way. By the time I got to Queen Creek, the temperature was close to 100 degrees and I knew there was no way I could make it the 85 miles to Tucson the next day before it got too hot. My hosts for the night, Nancy and Tony, were awesome! They cooked me a great dinner and offered to drive me 30 miles towards Tucson the following morning. With the head start, I made it Tucson around 11am and the heat wasn’t much of a factor. 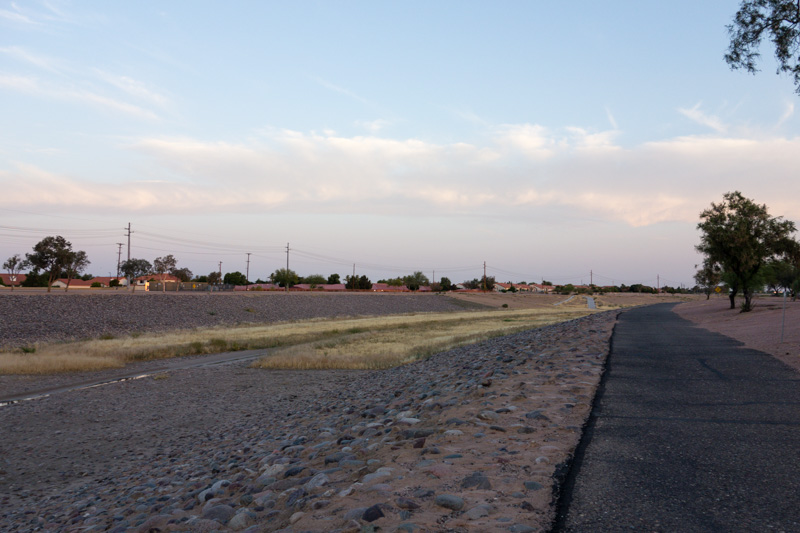 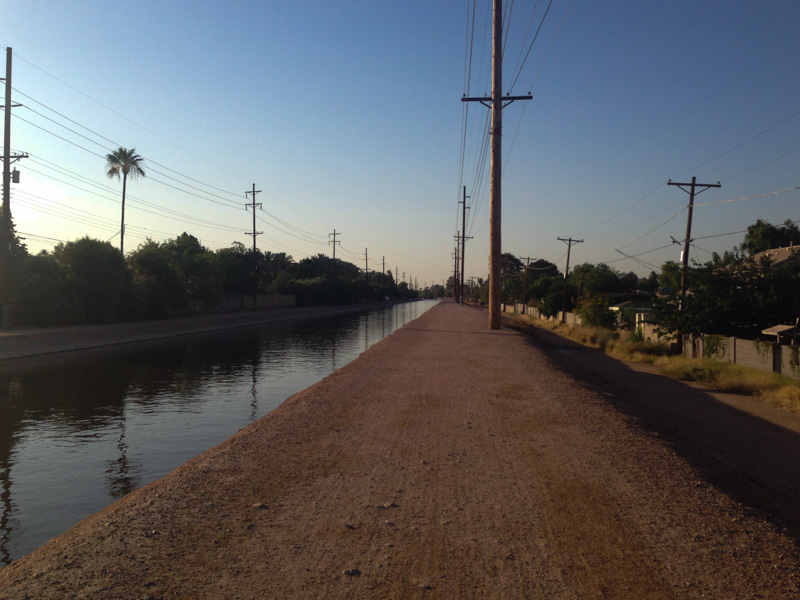 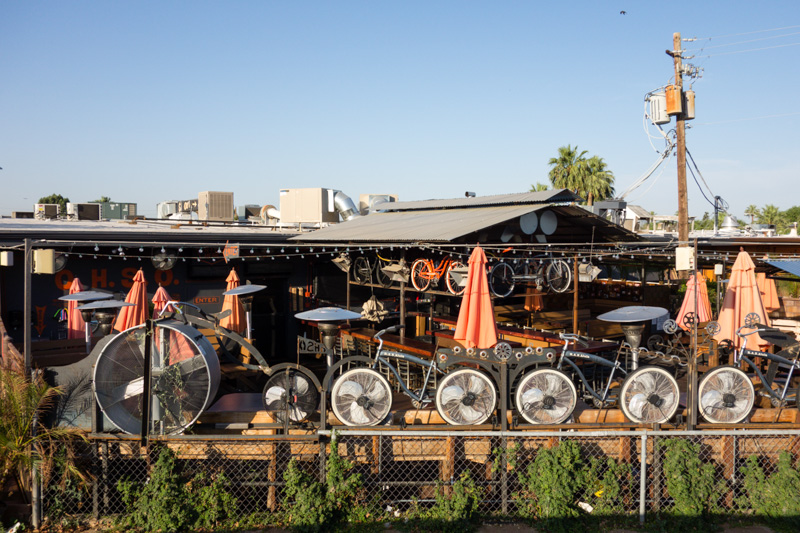 A neat bar right off the canal levee in Phoenix 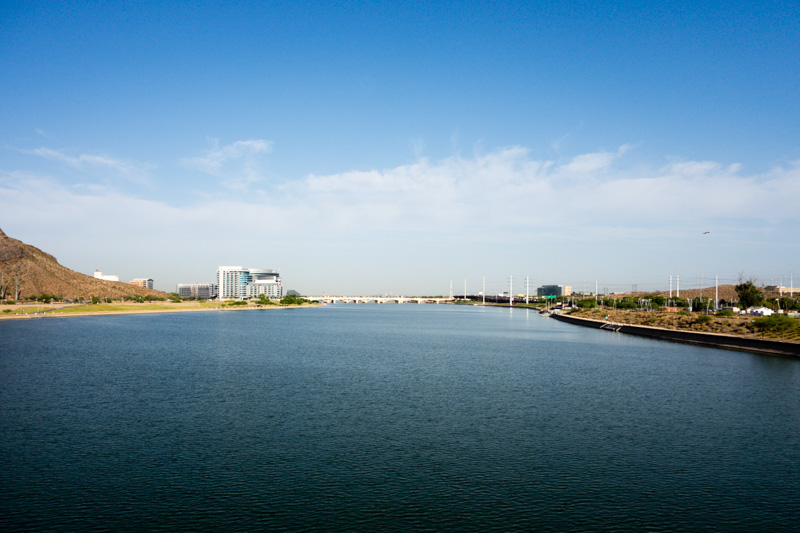 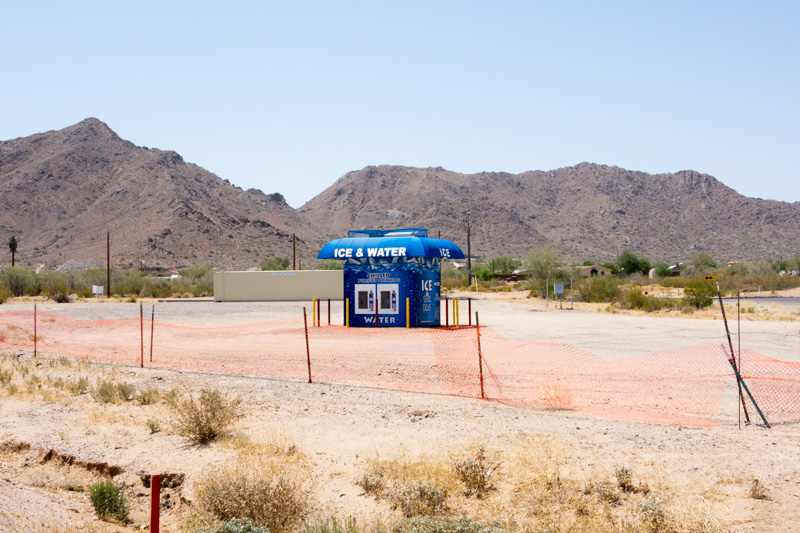 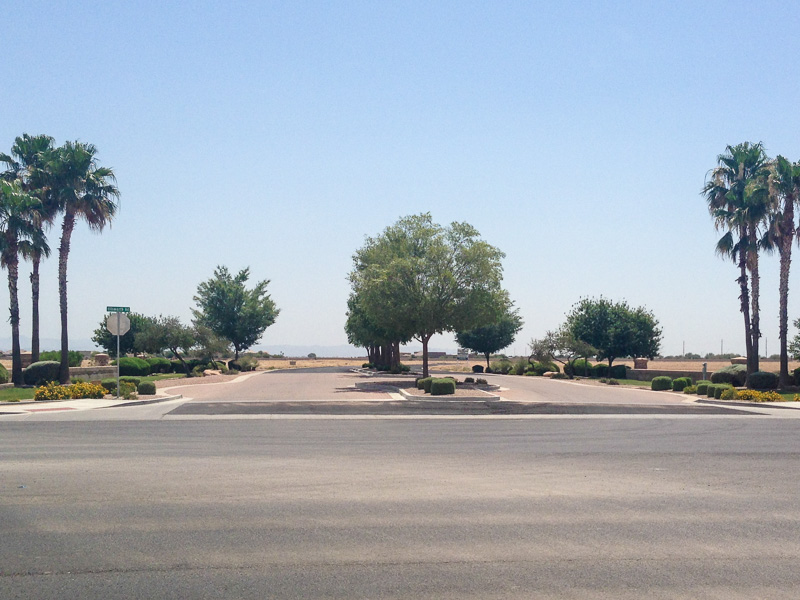 Housing development without any houses 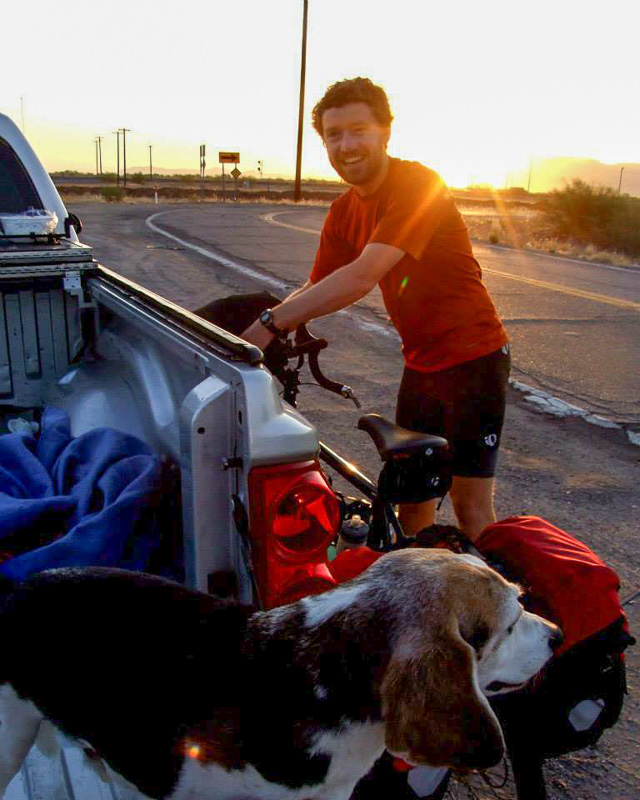 Just before leaving for Tucson – Photo by Nancy 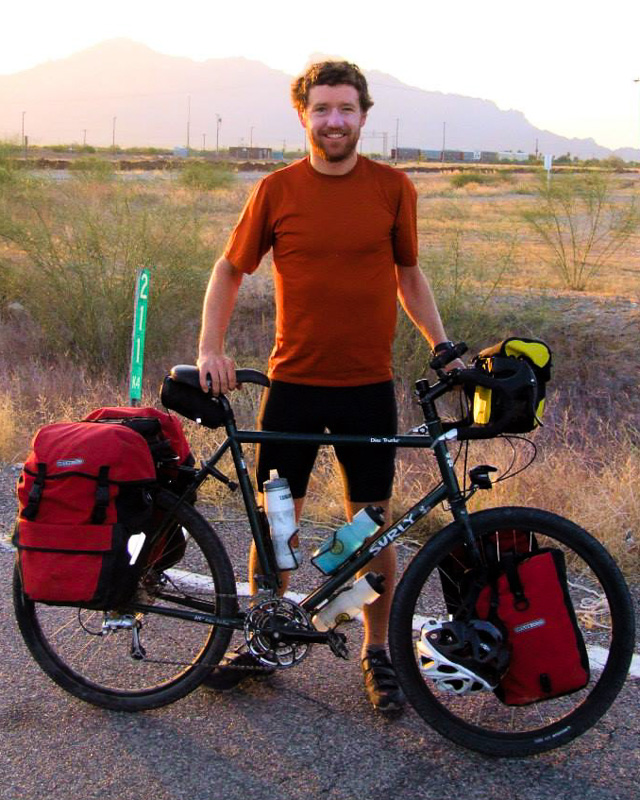 In Tucson, I stayed with Debbie, a close family friend, on her horse ranch. It was very nice to relax after four weeks of riding. Debbie’s son Luther was visiting with his family and two friends (and their families). In total, there were 11 kids under the age of 7! Not exactly the most peaceful time but everyone had a great time. We had some delicious meals and spent a lot of time in the pool to stay cool. I even got to go horseback riding for the first time since I was a kid on a horse named Little Doc. The stay at River Bend Ranch was a great way to end the southwest portion of my trek. Next, I headed east on Amtrak to Texas. 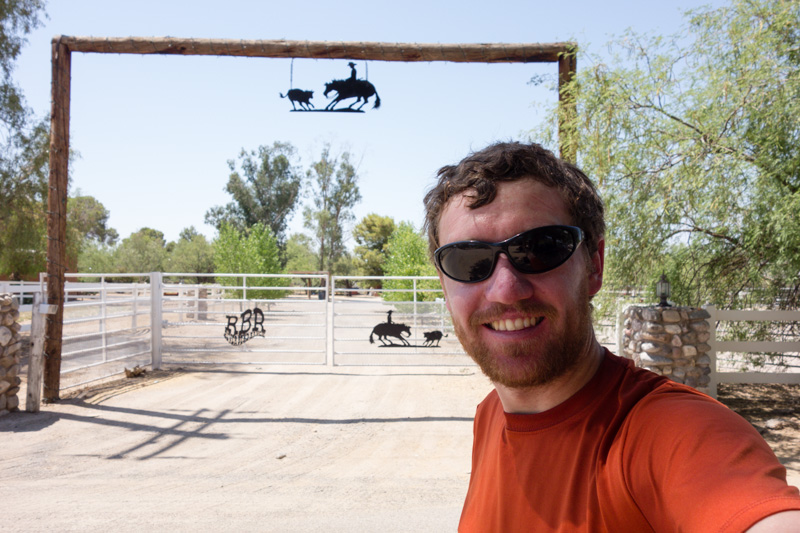 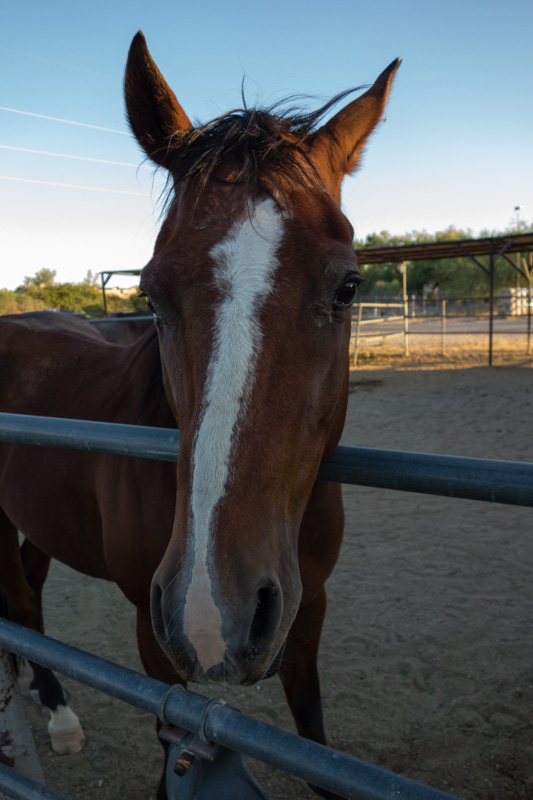 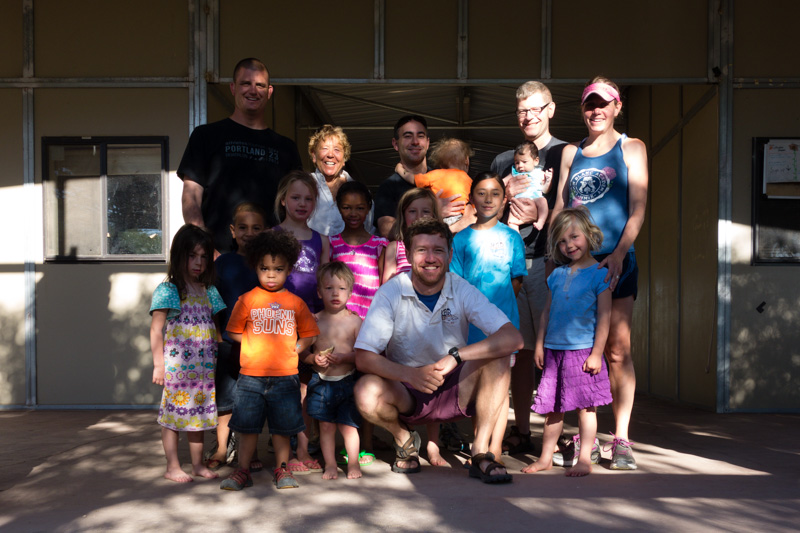